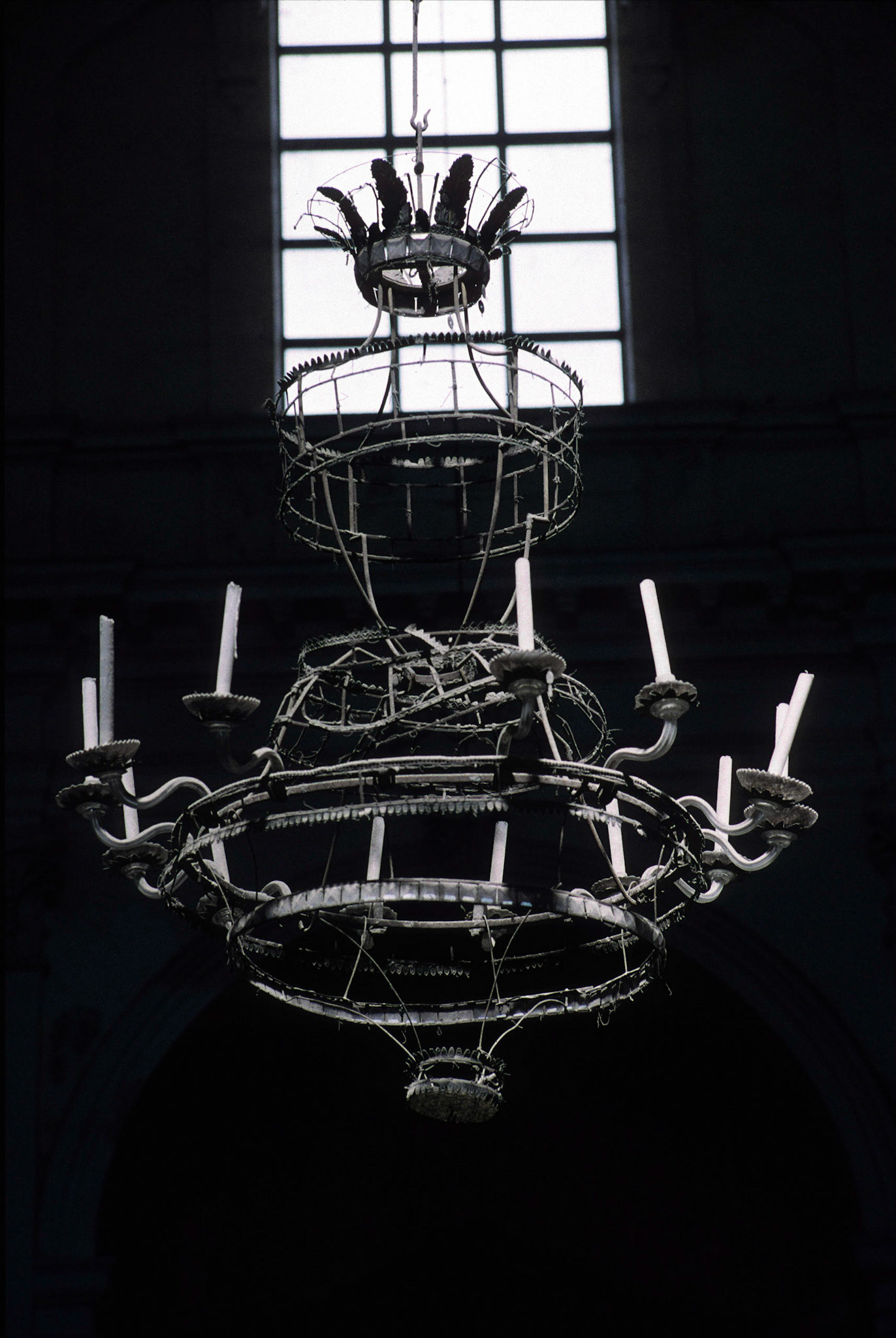 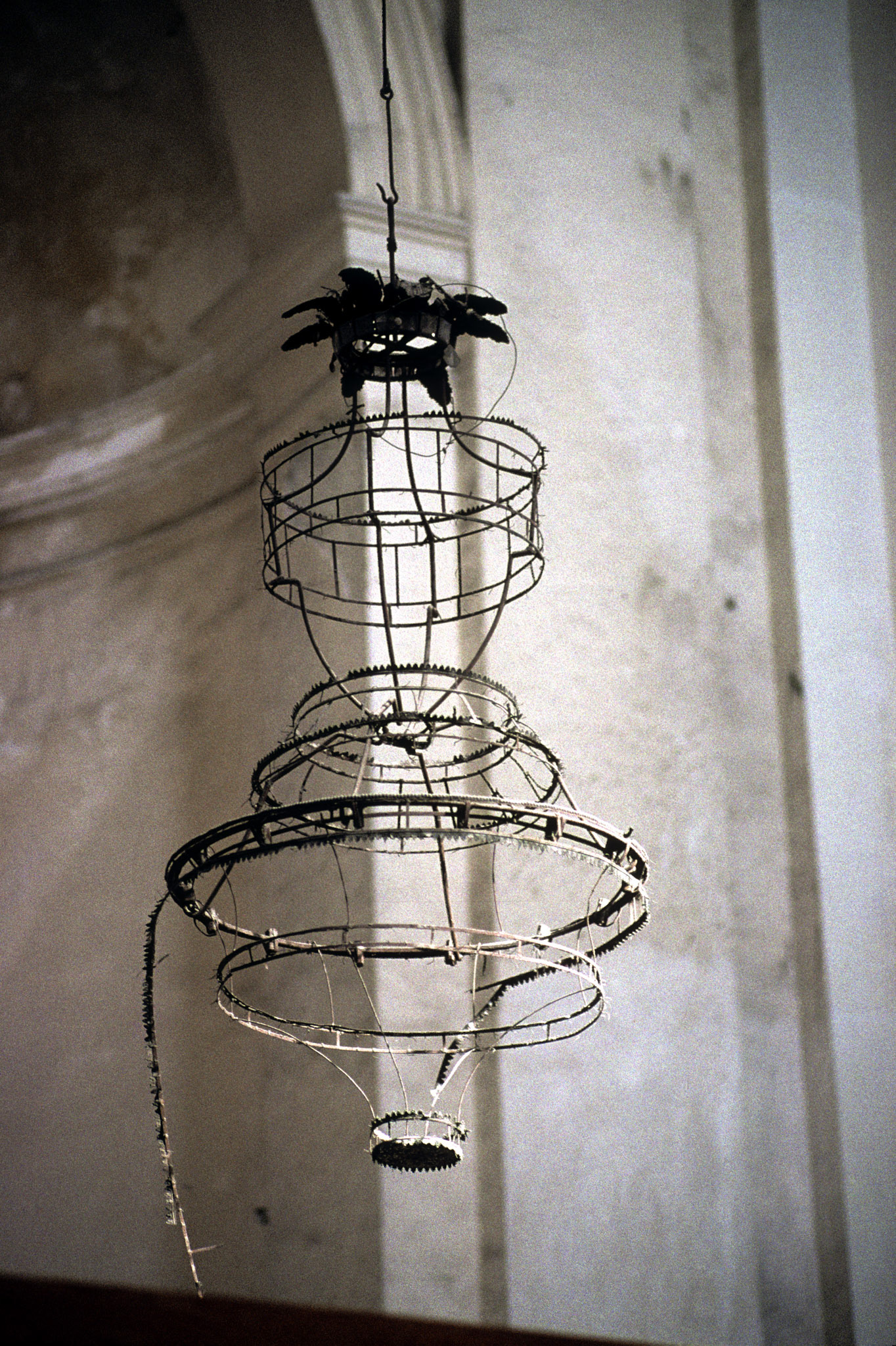 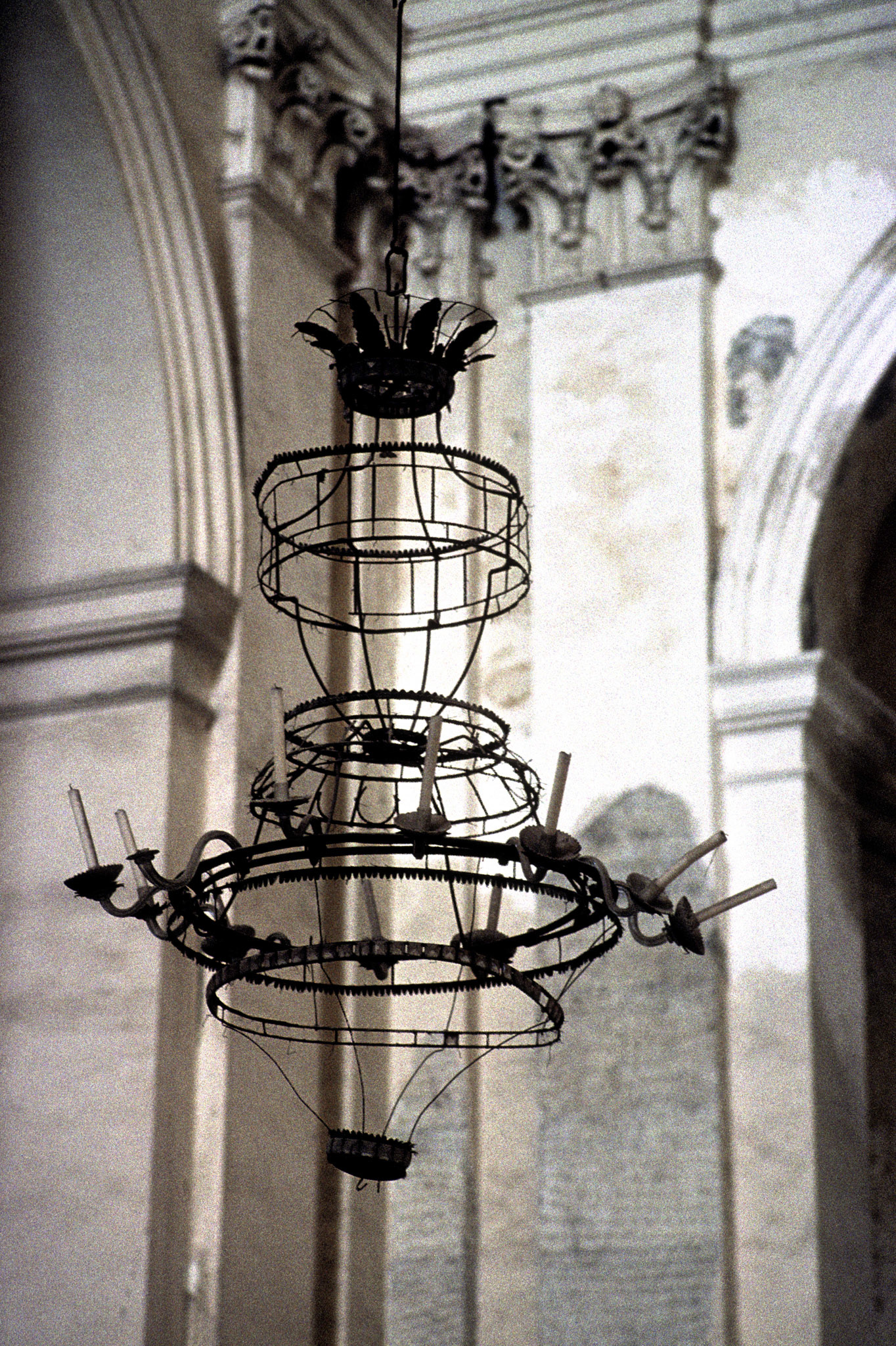 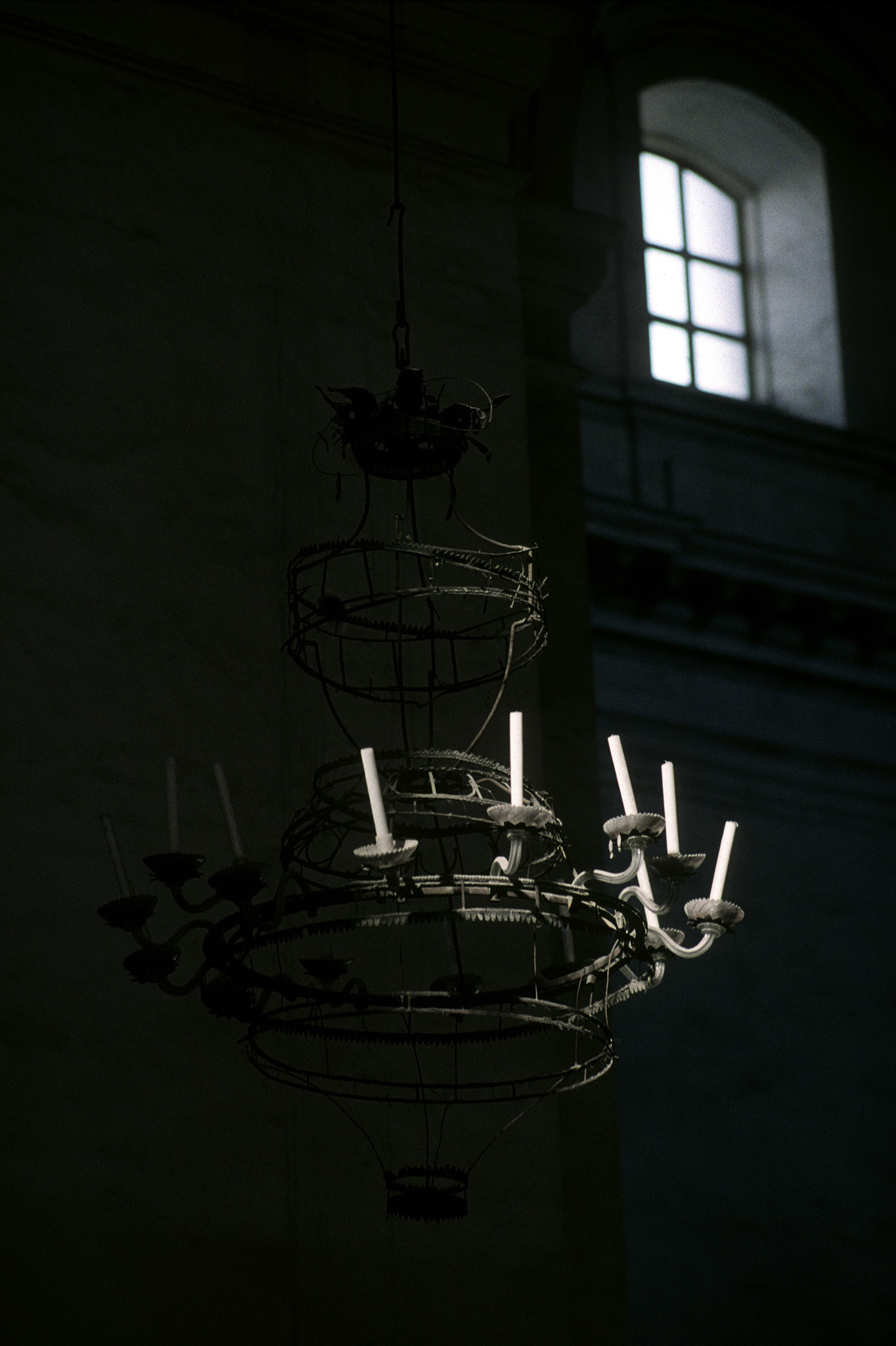 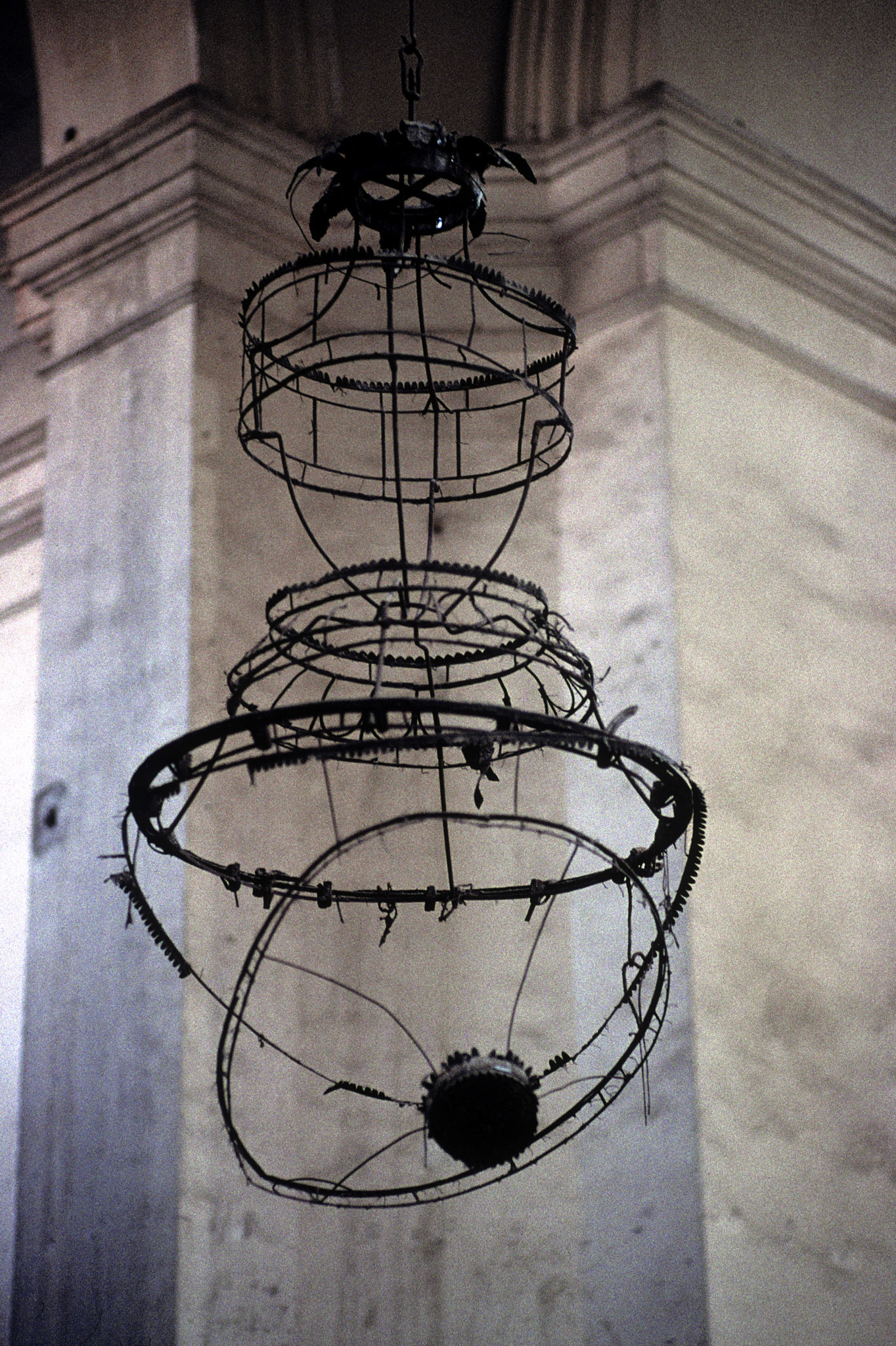 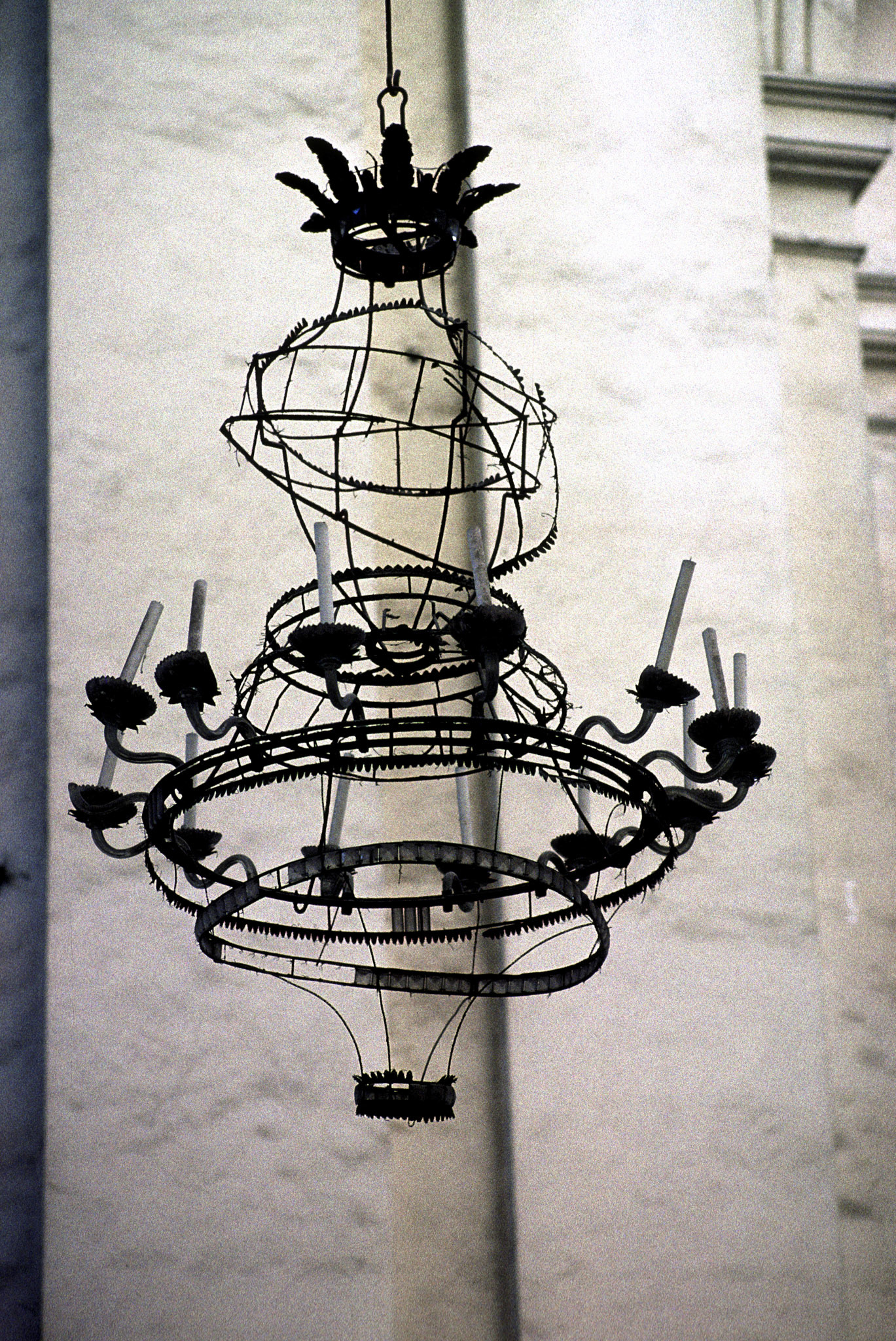 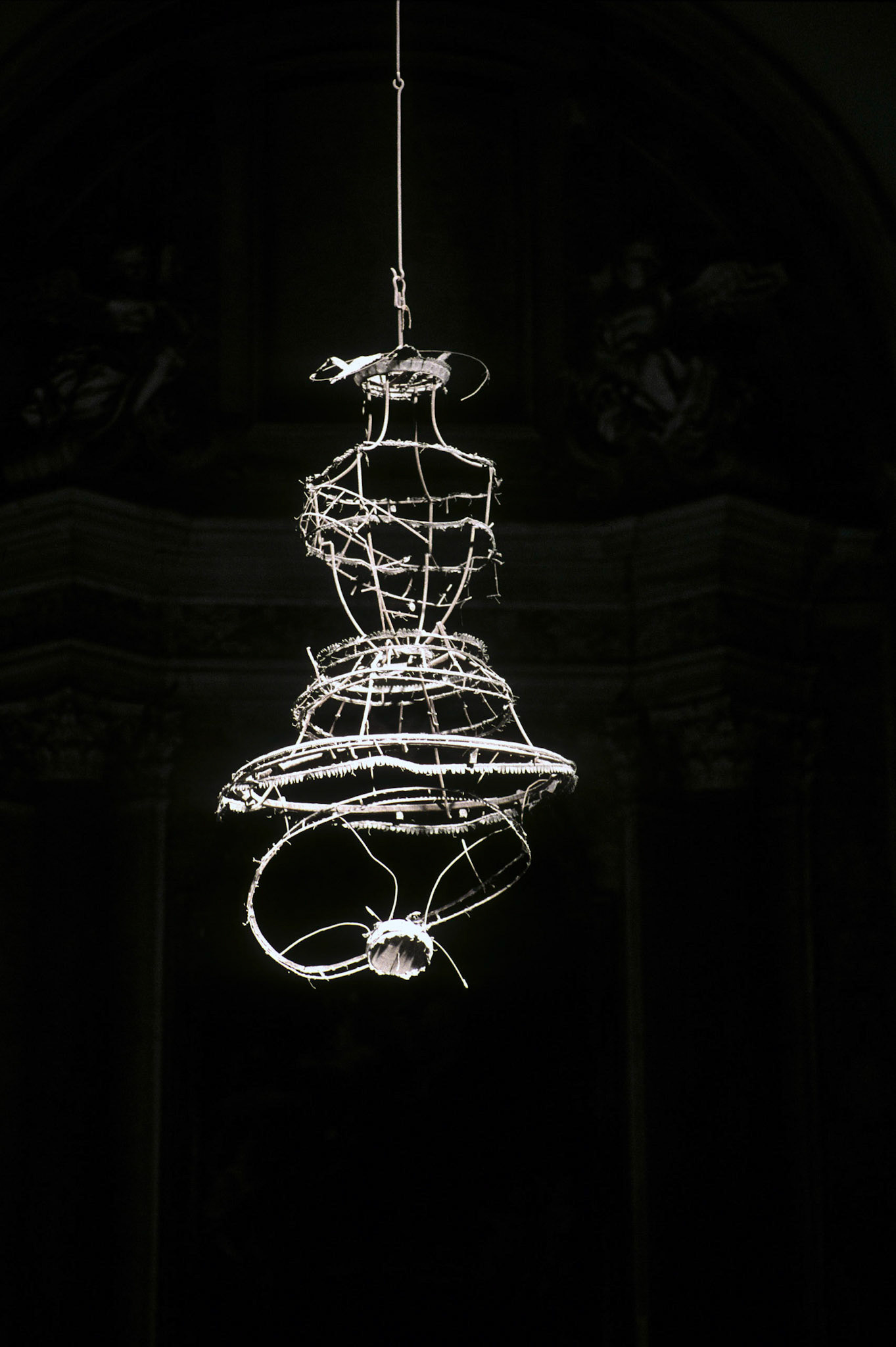 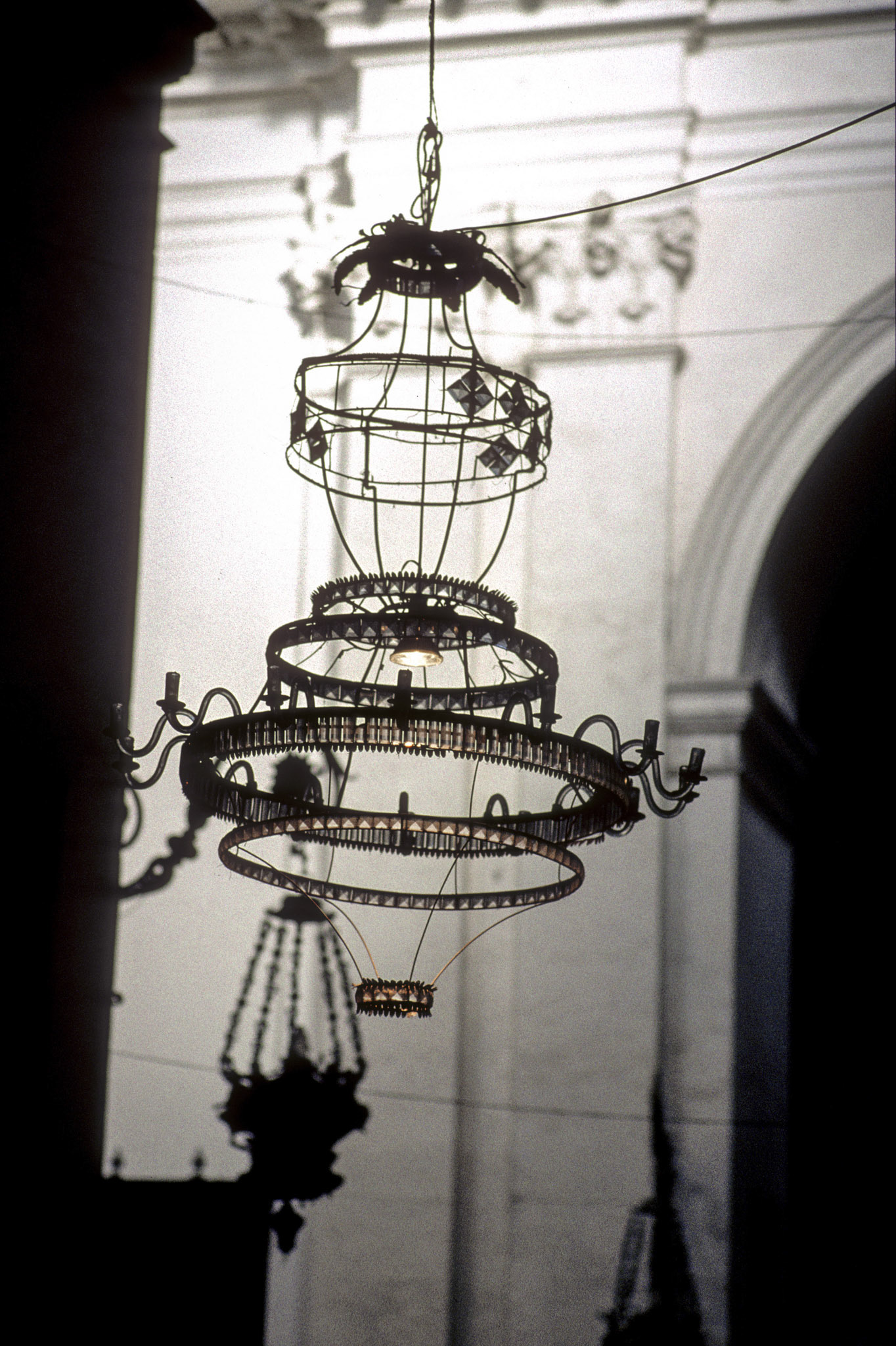 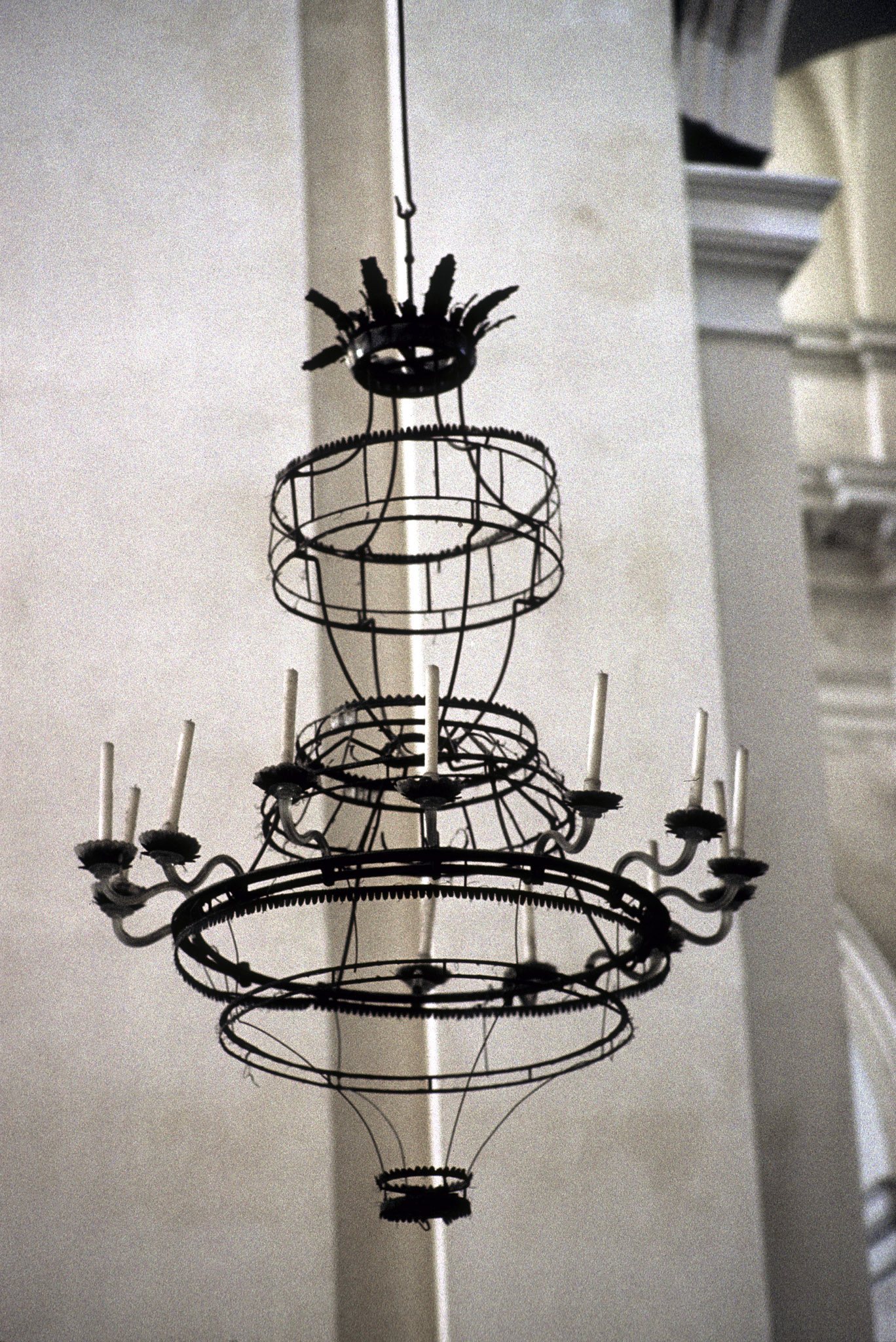 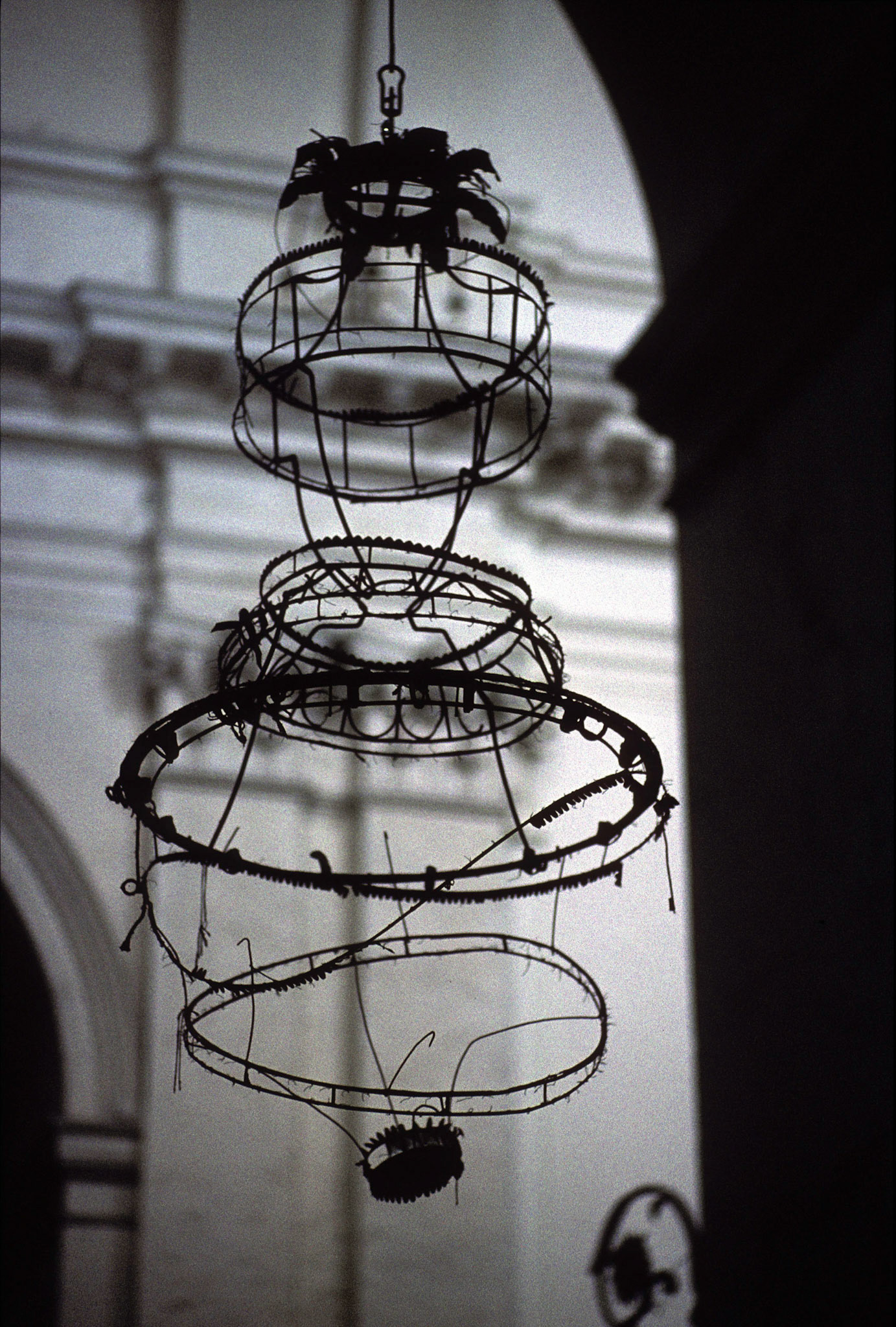 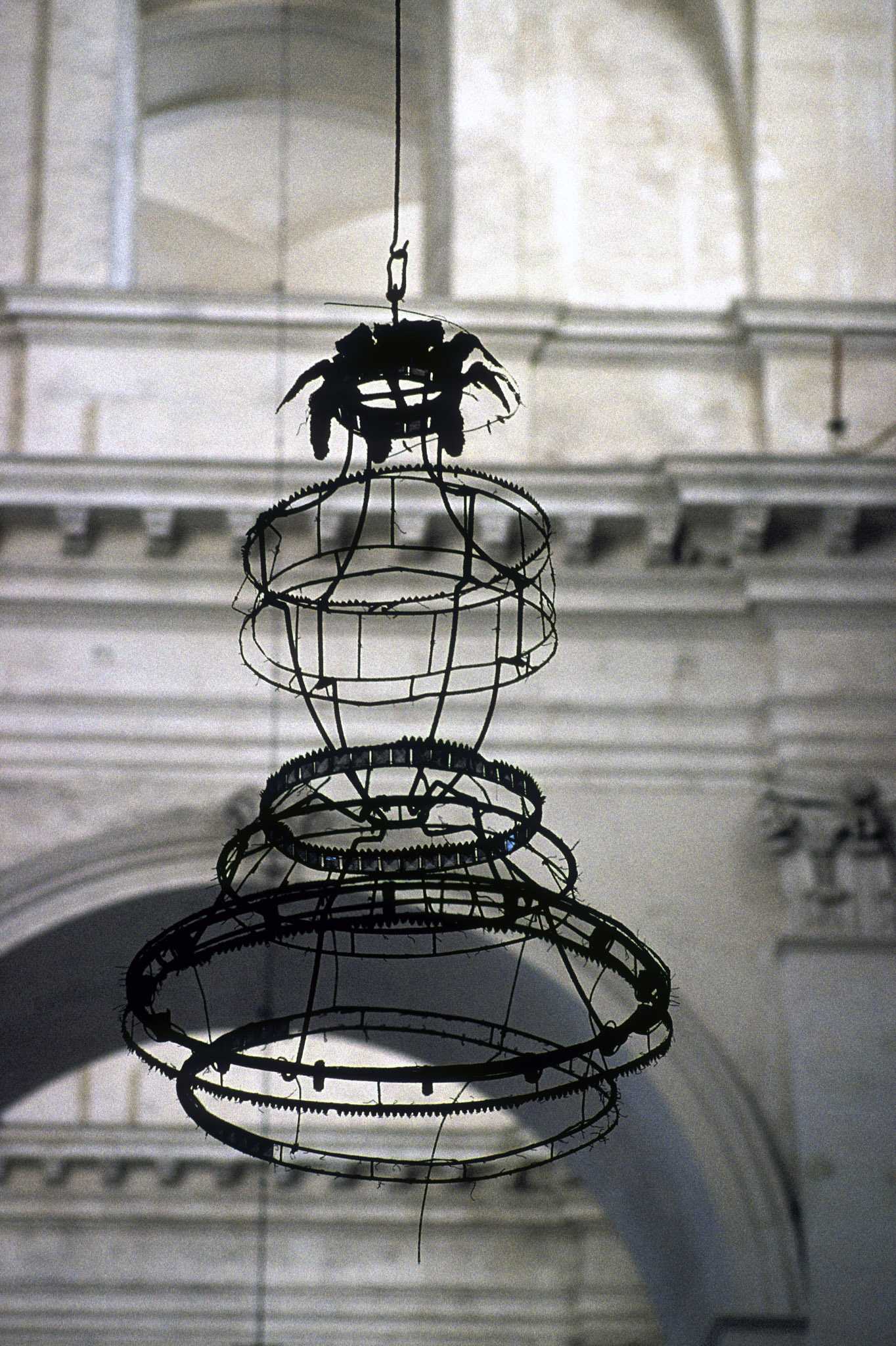 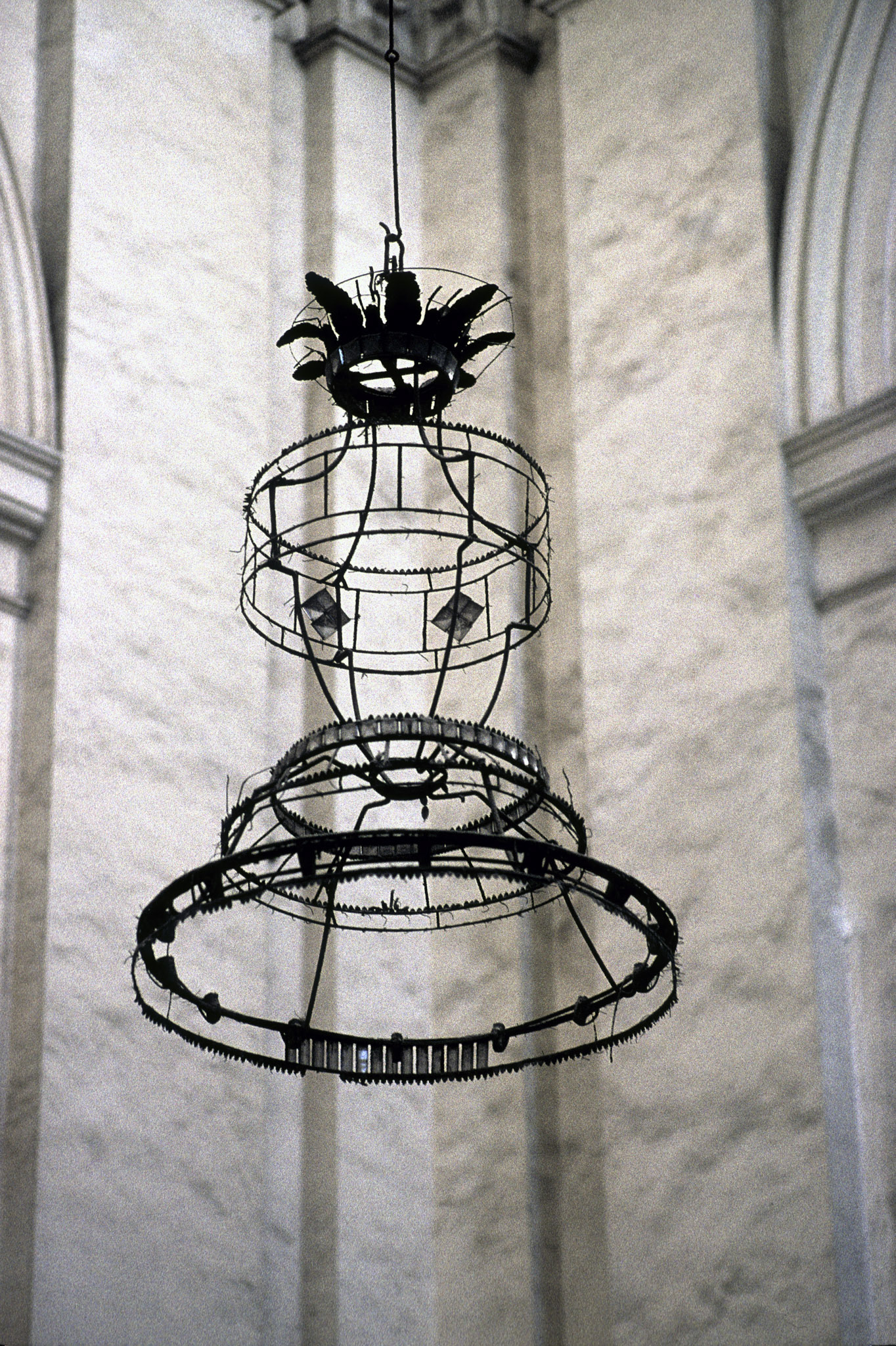 The twelve crystal and bronze chandeliers were discovered in Sicily at the Chiesa di San Nicolò l’Arena in Catania. The church was built in 1702 to replace a Renaissance temple that was destroyed during the 1669 eruption of Mount Etna.
Deconsecrated during the Second World War, the church was damaged by bombing and occupied by the Germans, who used it as a warehouse for military equipment and the chandeliers for occasional target practice. In 1989 it was reconsecrated and returned to the Benedictine monks, and over the past thirty years has undergone periodical restoration.
The chandelier strikes us with an immediate resonance. An unlikely symbol in recent contemporary art, it has been used to evoke the sorrow that lingers after an act of destruction in Ilya and Emilia Kabakov’s The Fallen Chandelier installation from 1997 and as a historical souvenir by Danh Vō in his 08:03:51, 28.05.2009.
Found here in situ, this series becomes a story woven from the wreckage, which only a camera could tell. It speaks to the role of lighting in establishing the character of a space and to the importance of preserving the remnants of the past that we inherit.
Dangling still in desolation, the lights take on a new life, their accidental beauty is at last immortalised.
↑Back to Top